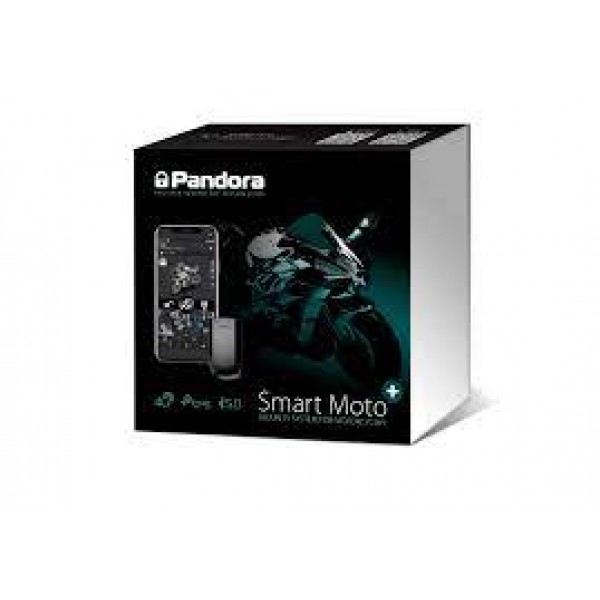 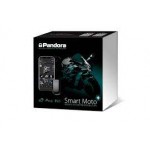 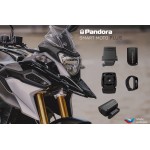 The system has a rich set of modern wireless accessories that contribute to the maximum in the safety and protection of the driver.

With the iD – TAG BT-780 or the Pandora Band as a driver ID, your engine locks in when you are out of range, so even if a robber manages to get your vehicle keys he can not drive it . On the other hand, in the event that the owner is forcibly removed from their vehicle and started to be driven by someone else, the Smart Moto Plus automatically locks the engine of your engine a few seconds later and after the owner is now at a safe distance (anti -hijack protection).

Using the iD – TAG or Pandora – Band as keyless-hands free offers the ability to arm and disarm the anti-theft device as you approach or move away from your camera, without having to press a button.

The Pandora Smart Moto Plus motorcycle alarm set also includes the popular, convenient and stylish Pandora Band. This accessory works as an iD-Tag, thus ensuring the absolute protection of the driver as he does not need to remember to take it with him, he just wears it! With the help of the bracelet you have the ability to see at any time the security status of your camera as well as to be informed in real time about any attempted breach of Bluetooth 5.0.

The Pandora Smart Moto Plus has an extra shield for the absolute safety of your motorcycle. When the Active Protection function is activated, the system is in constant communication with the internet servers, in order to control the GSM / GPS signals in real time. So, even if the prospective thieves try to use special equipment to block the GSM or GPS signal, with jammer devices, cutting off any notification communication, Pandora SERVERS immediately recognize it and inform the owner via Push-notification messages and E- mail.

When the engine is running and your motorcycle is running, the alarm status is transmitted over a 4G / BT5 network, providing fast data transmission to the server, such as the course and position of the motorcycle in real time at that time. When the engine is not running, your engine is parked and the alarm is armed, the situation changes to Full Alert / 2G / BT5, with constant control of the battery voltage. If the motorcycle remains inactive long enough to protect your battery, the alarm remains armed but the status changes to Full Alert / BT5. If the motorcycle is in Parking Mode, the alarm remains armed but at the same time Stealth Mode 2 is activated, with the 3D tilt / motion / lift / vibration sensor also active. Thus, in any case of violation, the alarm goes into Full Alert / 2G / BT5, immediately informing the owner on his mobile phone. Stealth Mode 2 replaces Stealth Mode 1. This feature causes the Smart Moto Plus alarm to offer full control of the battery voltage and adjust accordingly.

The Pandora Connect mobile application is available for iOS and Android devices (smartphones and tablets). Equipped with a modern 3D display of seat belts, it is used to record the route in detail (including the kilometers you have traveled, the travel time, the average and maximum speed) and the real time information about the condition of the motorcycle, the event history and GPS positioning and In addition, the official Pandora website at pandora–on.com, allows you to configure and control the system from your PC.

The presence of the most modern and secure Bluetooth 5.0 interface, allows you to use the DMS-100BT wireless sensor, which is designed to protect the garage, suitcases and any other zone you want to protect on your motorcycle. Combined with the additional BTR-101 wireless relay, you ensure maximum anti-theft protection of your camera , even if would-be robbers manage to dismantle the base alarm unit.

Built-in adjustable impact-tilt-motion sensors detect all intrusion attempts. The owner can change their sensitivity through the application, easily and as often as he wishes by adjusting their level depending on the parking position of the motorcycle.

Smart Moto Plus has the most modern, dynamic encryption

128-bit AES, thus ensuring the secure transmission of communication as well as the protection of the system from possible hacker attack.

One of the main advantages of the Pandora Smart Moto Plus is the state-of-the-art electronic components in combination with the special Stealth 2 energy saving algorithms, which allow very low battery power consumption in 4 different situations. All protection zones remain active, ready to respond to any reaction, even in a state of "maximum economy", with the system maintaining very low levels of energy consumption.

The basic Pandora Smart Moto Plus alarm unit has a built-in emergency lithium backup battery, which allows the alarm signal to be transmitted for several hours after disconnecting the main battery. Thanks to the spare battery, the owner is immediately informed when the main battery is switched off and not after its reconnection. Also, in the event of a theft attempt, when the external power supply is off, the system will have time to send a hidden alarm signal - even if the base unit is detected quickly, in an attempt to neutralize the signal.

Central unit with basic wiring and the master Pin

With Pandora Smart Moto Plus, you can protect the following independent zones by receiving the corresponding updates on your smartphone or on the official Pandora page:

Engine crash in an accident