We use cookies to improve your online experience. Take a look at our Cookie Policy to learn more and change your preferences. By continuing to use our website we assume you are happy to allow the use of these cookies.
Blog Search
Latest Blog Posts

PROTECT YOUR MOTO FROM THIEVES

Should your new car have Apple CarPlay / Android Auto?

Since the advent of Apple CarPlay, a number of mainstream auto brands offered the smartphone interface to connect their vehicles directly with the user’s iPhone, allowing integration with calls, texts, music and, of course, Siri.  We’ve updated our original article on Apple CarPlay to bring additional information about the 2019 and 2020 model years.

On vehicles that are equipped with CarPlay, all the driver needs to do is plug in any iPhone (5 or above) and authorize the phone using a thumbprint or passcode. The phone will connect directly with the CarPlay interface and the familiar app icons will appear on the car’s touch screen. The iPhone itself will remain locked while CarPlay is in use to eliminate the temptation to use it directly while driving.
What apps and functions does Apple CarPlay support?

The selection of apps and functions is limited by Apple to the following:

Apps designed by the car’s manufacturer will also be supported as they are developed and released. 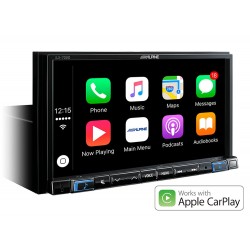 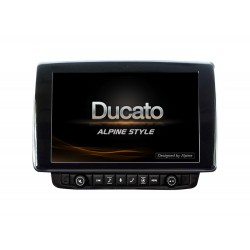 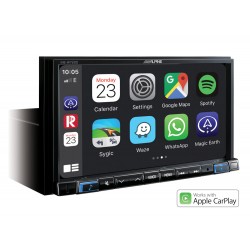